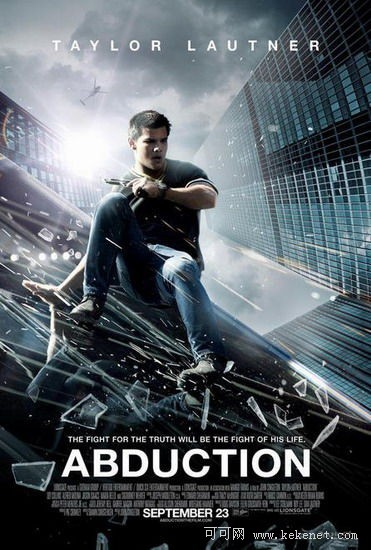 There seems to be some subtle connection between the werewolf and the vampire. In Twilight series, which do you prefer? Or who do you like better? Taylor Lautner or Robert Pattinson? Last year, Time came out the title Jacob is hotter than Edward. In your opinion, is it right? Now let’s get to know Taylor Lautner.

He never stopped making trouble as a child. He was good at squeezing ice into other children’s collar as running and never tired of finding more. All these can help explain why he can do well in karate for the simple reason that he is energetic. But he never uses his skills to bully others.

He did achieve a lot in karate. He was champion in world level competitions before getting 12 and his gift was appreciated by his master Mike Chat, the world champion. Actually it’s Mike who convinced Taylor to try his first audition in LA for an advertisement.

It turns out that Taylor enjoys this experience of acting and he successfully got the chance. For the following several years, he and his family commuted between Michigen and California to get auditions in Hollywood. It was a tough time. In the end, his family moved for better development of the son when he was ten years old.

Karate training continued and he won champion titles. But all these are not what he wants, “I can’t really figure out what my brother is thinking. He can always find his place under different conditions and never complains like others.” Karate is not his interest but he did his best. Then you can easy know why he does so well in acing. That’s because he concentrated on acting。

Then he is on a lot of films such as Abduction, Valentine’s Day and then the Twilight series. His muscular image conveys sense of manhood. But to maintain the perfect figure is not that easy. He has to spend a lot of time in gym. He also said he would like to be a playwright or director as well. One thing is sure that he would do all perfectly.