All charged up for sharing
全力以赴 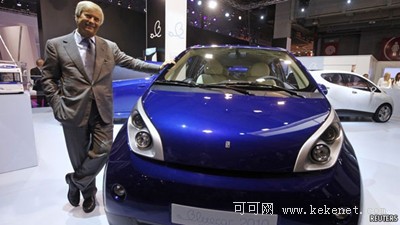 FIFTEEN years ago Vincent Bolloré, a French industrialist, decided to get into the business of electricity storage. He started a project to produce rechargeable batteries in two small rooms of his family mansion in Brittany. “I asked him, ‘what are you doing?’ and I told him to stop, that it wouldn’t go anywhere,” says Alain Minc, a business consultant in Paris who has advised Mr Bolloré for many years. Fortunately, he says, Mr Bolloré continued.

Mr Bolloré’s technology is about to hit the road. In 2010 his group won a contract to run Autolib, a car-sharing scheme designed by Bertrand Delanöe, the mayor of Paris, which will put 3,000 electric vehicles on the city’s streets along with 1,120 stations for parking and recharging. Construction of the stations started in the summer, and Mr Bolloré will begin testing the service on October 1st before opening it to the public in December. Rechargeable batteries are now an important technology for the global car industry as it starts to make ever more electric and hybrid vehicles. Renault, a French manufacturer, is alone investing 来源:可可英语 http://www.kekenet.com/Article/201109/154049.shtml