The revolution that Steve Jobs led is only just beginning
乔布斯领导的革命只是刚刚开始

WHEN it came to putting on a show, nobody else in the computer industry, or any other industry for that matter, could match Steve Jobs. His product launches, at which he would stand alone on a black stage and conjure up an “incredible” new electronic gadget in front of an awed crowd, were the performances of a master showman. All computers do is fetch and shuffle numbers, he once explained, but do it fast enough and “the results appear to be magic”. Mr Jobs, who died this week aged 56, spent his life packaging that magic into elegantly designed, easy-to-use products. 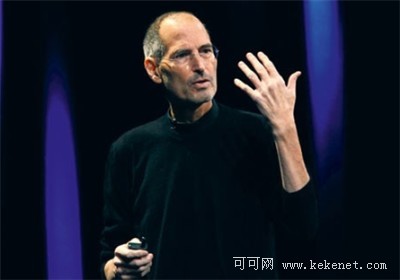 The reaction to his death, with people leaving candles and flowers outside Apple stores and the internet humming with tributes from politicians, is proof that Mr Jobs had become something much more significant than just a clever money-maker. He stood out in three ways—as a technologist, as a corporate leader and as somebody who was able to make people love what had previously been impersonal, functional gadgets. Strangely, it is this last quality that may have the deepest effect on the way people live. The era of personal technology is in many ways just beginning.

Apple of his eye

As a technologist, Mr Jobs was different because he was not an engineer—and that was his great strength. Instead he was obsessed with product design and aesthetics, and with making advanced technology simple to use. He repeatedly took an existing but half-formed idea—the mouse-driven computer, the digital music player, the smartphone, the tablet computer—and showed the rest of the industry how to do it properly. Rival firms scrambled to follow where he led. In the process he triggered upheavals in computing, music, telecoms and the news business that were painful for incumbent firms but welcomed by millions of consumers.

Within the wider business world, a man who liked to see himself as a hippy, permanently in revolt against big companies, ended up being hailed by many of those corporate giants as one of the greatest chief executives of his time. That was partly due to his talents: showmanship, strategic vision, an astonishing attention to detail and a dictatorial management style which many bosses must have envied. But most of all it was the extraordinary trajectory of his life (see article). His fall from grace in the 1980s, followed by his return to Apple in 1996 after a period in the wilderness, is an inspiration to any businessperson whose career has taken a turn for the worse. The way in which Mr Jobs revived the ailing company he had co-founded and turned it into the world’s biggest tech firm (bigger even than Bill Gates’s Microsoft, the company that had outsmarted Apple so dramatically in the 1980s), sounds like something from a Hollywood movie—which, no doubt, it soon will be.

But what was perhaps most astonishing about Mr Jobs was the fanatical loyalty he managed to inspire in customers. Which other technology brand do you ever see on bumper stickers? Many Apple users feel themselves to be part of a community, with Mr Jobs as its leader. And there was indeed a personal link. Apple’s products were designed to accord with the boss’s tastes and to meet his obsessively high standards. Every iPhone or MacBook has his fingerprints all over it. His great achievement was to combine an emotional spark with computer technology, and make the resulting product feel personal. And that is what put Mr Jobs on the right side of history, as the epicentre of technological innovation has moved into consumer electronics over the past decade.

A world without Jobs
乔布斯离去后的世界

As our special report in this week’s issue (printed before Mr Jobs’s death) explains, innovation used to spill over from military and corporate laboratories to the consumer market, but lately this process has gone into reverse. Many people’s homes now have more powerful, and more flexible, devices than their offices do; consumer gizmos and online services are smarter and easier to use than most companies’ systems. Familiar consumer products are being adopted by businesses, government and the armed forces.

Companies are employing in-house versions of Facebook and creating their own “app stores” to deliver software to smartphone-toting employees. Doctors use tablet computers for their work in hospitals. Meanwhile, the number of consumers hungry for such gadgets continues to swell. Apple’s products are now being snapped up in Delhi and Dalian just as in Dublin and Dallas.

Mr Jobs had a reputation as a control freak, and his critics complained that the products and systems he designed were closed and inflexible, in the name of greater ease of use. Yet he also empowered millions of people by giving them access to cutting-edge technology. His insistence on putting users first, and focusing on elegance and simplicity, has become deeply ingrained in his own company, and is spreading to rival firms too. It is no longer just at Apple that designers ask: “What would Steve Jobs do?”

The gap between Apple and other tech firms is now likely to narrow. This week’s announcement of a new iPhone by a management team led by Tim Cook, who replaced Mr Jobs as chief executive in August, was generally regarded as competent but uninspiring. Without Mr Jobs to sprinkle his star dust on the event, it felt like just another product launch from just another technology firm. At the recent unveiling of a tablet computer by Jeff Bezos of Amazon, whose company is doing the best job of following Apple’s lead in combining hardware, software, content and services in an easy-to-use bundle, there were several swipes at Apple. But by doing his best to imitate Mr Jobs, Mr Bezos also flattered him. With Mr Jobs gone, Apple is just one of many technology firms trying to invoke his unruly spirit in new products.

Mr Jobs was said by an engineer in the early years of Apple to emit a “reality distortion field”, such were his powers of persuasion. But in the end he conjured up a reality of his own, channelling the magic of computing into products that reshaped entire industries. The man who said in his youth that he wanted to “put a ding in the universe” did just that.