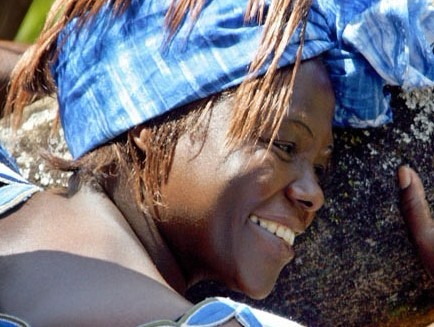 In many ways it seems odd that Wangari Maathai’s life should have been so closely associated with struggle. Success appeared to come almost effortlessly to her, even though her origins were humble. She was born to a Kikuyu family of peasant farmers in Ihithe, a small village in the central highlands of Kenya, which was then a British colony. Though it was far from common in the 1940s for girls like her to receive an education, Wangari was sent to primary school—at her brother’s suggestion—at the age of eight. From then on accomplishments seemed to drop into her lap. She got to secondary school, graduated top of her class and went on to earn a degree in biology in Kansas, an MSc in Pittsburgh and, after studying in Germany, a PhD on gonads in bovines in Nairobi. That made her the first woman in east Africa to hold a doctorate. Jobs followed, in academic and civic positions which no black woman had filled before, and on their heels came award after award, none grander than the 2004 Nobel peace prize.

In truth, these successes were not effortlessly achieved. Dr Maathai laboured hard all her life, never taking shortcuts, never adopting airs, never asking others to do tasks she would not do herself. And with this conscientiousness and lack of self-importance came another quality, a keen ability to empathise with others and fight their corner when she believed they were being wronged. Most of the struggles with which her life was associated were not her struggles; they were other people’s.

And, boy, were there lots of them. Colonial Kenya was hardly idyllic for Africans. Towns were de facto segregated and blacks had few political rights, especially during the Mau Mau rebellion in the early 1950s, when both sides committed hideous atrocities. Moreover, although Dr Maathai’s father worked for a benign white landowner, he was obliged to sell to his employer almost all the crops he grew on his allotted patch at whatever price was offered.

Laurels, but not for resting on

When Dr Maathai came home after half a decade in America, she found huge changes. They were not all for the better. Kenya had gained its independence just two years before, and political power was now in the hands of Africans, but new forms of discrimination had appeared. Tribalism, reinforced by sexism, was her first antagonist: the job promised to her in an official letter of appointment as a research assistant to the professor of zoology at the University College of Nairobi had been withdrawn. It was given instead to a man, still in Canada, of the same tribe as the professor. She had to find another job.

Another change soon started to concern her. All her life she had had a kinship with the land, helping to make the mud plaster for the walls of the family house, tilling the fields with her mother and delighting in wet soil which, “when you rubbed it between your fingers you could almost feel the life it held”. She was drawn to water, too, especially, as a child, to the clear, clean water that gushed from an underground stream called Kanungu, close to a sacred fig tree.

But even before she went abroad, pressure on the land was increasing. On her return, many of her favourite places had been dug up, the wild trees cleared in favour of tea or coffee plantations, and local plants and animals had disappeared. Land, and therefore food, were scarce, logging was causing erosion and villagers had to walk ever farther to find firewood: this, not the shortage of petrol, was for many Kenyans the real energy crisis.

No wonder Dr Maathai found herself on a collision course with Kenya’s new masters, especially the members of the crony-ridden and corrupt court of President Daniel arap Moi. Setting aside her academic career, she found herself drawn into civic causes, feminist campaigns and politics, both at her husband’s side (he became a member of parliament) and in her own right (she too eventually won a seat and in 2003 was made a junior minister).

As ever, she had her triumphs. Against the odds, she prevented a 60-storey skyscraper from being built in a park in central Nairobi. It had been designed to house, among other things, the headquarters of President Moi’s party. And she succeeded, at least for a while, in stopping the government from handing out parcels of public land to reward its supporters. That followed her attempt to plant a tree on forested land earmarked for a golf course.

In this episode, as in others, she and fellow-protesters were beaten by the police. She was also arrested with some regularity, particularly when her Green Belt Movement tried to hold protests. Yet that movement, by concentrating most of its efforts on planting trees (30m or 40m in Africa so far), had enormous popular support. And from this Dr Maathai, no matter how much she was frustrated by the courts, the bureaucracy and the political establishment, drew her strength.

Many Kenyan men, including her husband, who divorced her, found her too strong a character. She certainly had courage galore, as well as the gift of impressing foreigners, who often rallied to her in times of need. But she remained close to her Kenyan base, especially the women among them, and surely did more good for Kenya than all the men together who found her principled politics so unsettling.