GWEN IFILL:And we come back to Boston. Jeffrey Brown picks up on another part of the story: how victims will be compensated.

JEFFREY BROWN:Within hours of the attacks, city leaders were getting calls asking how people could help victims. Part of the answer is coming from The One Fund, which was announced by Boston Mayor Thomas Menino and Massachusetts Gov. Deval Patrick. It will provide compensation to those injured and to families of those killed.

The fund has received more than $21 million dollars in commitments already. Some 50,000 individuals have promised nearly seven million dollars. The rest of it is coming from corporate donors.

But hard decisions await about how the money should be distributed.

Attorney Kenneth Feinberg has been named the fund's administrator. He's overseen similar efforts before, for 9/11, the shootings at Virginia Tech, and Aurora, Colo., and after the BP oil spill. And he joins me now.

Ken Feinberg, welcome back to our program.

Well, one key decision, obviously, who will be eligible? What can you tell us so far? 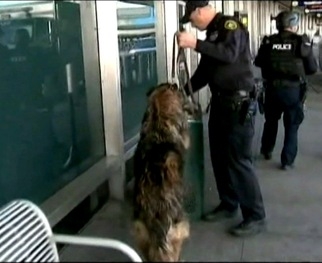 KENNETH FEINBERG, The One Fund: Well, how much money is there in all of these programs that I administer. First, you have to determine how much there is to distribute, and then who's eligible, how much should eligible claimants receive, how quickly?

These are the tough decisions have that have to be made once a fund is established and certain individuals are deemed eligible to receive the funds.

JEFFREY BROWN:Is insurance coverage a factor either way, whether people have it or don't have it?

These are programs in which donors voluntarily, private donors, submit funds to a central fund and basically say we want to help the victims. The funds would get bogged down terribly if you started asking questions about need, collateral sources of insurance. The nature here is to try and get the money out the door to eligible claimants as fast as you can, simply, with a minimum of complexity.

JEFFREY BROWN:Well, in trying to decide how much each person deserves, what kinds of things will be covered?

KENNETH FEINBERG:Well, first of all, of course, you have to set aside funds for those who lost their lives.

In Boston, it's, thank goodness, four people, not 32, like Virginia Tech, or thousands in 9/11. So first you set aside a certain amount for the families of those who lost loved ones. Then you set aside funds for those physically injured. Now, in Boston, some of the injuries are horrific, life-altering, double amputees, single amputees, brain injuries, people hospitalized for weeks and weeks.

You set aside a substantial amount of money to distribute to those individuals depending on how long they have been hospitalized. Hospitalization is a pretty good indicator of seriousness of injury. And then if there are funds left over, maybe you compensate others, mental trauma, et cetera.

We did compensate mental trauma in Virginia Tech for those students who were not injured, but were in the classroom and witnessed the horror. But we didn't do so in Aurora, Colo. There simply wasn't enough money.

JEFFREY BROWN:In thinking about those who have been horrifically injured, including amputees, isn't one question the kind of long-term needs that people will have of continued rehab and therapy and the prosthetics themselves?

We checked one source that said a person with an amputation can easily run up about $500,000 dollars over many years, over a lifetime. So how can you plan ahead for that?

There's only a limited amount of money. Now, it's been extraordinarily—it's been amazing to me how much money has already poured into Boston for this tragedy. It's an amazing thing. The charitable impulse of the American people is something I see time and time again in these special programs.

But there's simply not enough money to make victims or their families or those horribly injured whole financially. You're not going to be able to do that. And you do the best you can, but you try and dampen somewhat expectation to think that somehow there's going to be money sufficient to cover long-term, life-altering injuries.

JEFFREY BROWN:Is that one of the things you have learned? You have had a lot of experience at this. And I just wonder, what—what have you learned that is most important, really, in setting this up and setting up expectations?

KENNETH FEINBERG:The most important lesson I have learned over the years, Jeff, is the emotional context of all of this.

My background in law is of very little help when it comes time to meet with families who lost loved ones or individuals terribly injured, tragically injured, the emotion, the anger, the frustration, the uncertainty, the disappointment. Why me? Why not my next-door neighbor or my friend? Why was it directed at me? Why was I in the wrong place? Why did I lose my son or my daughter?

And how you cope with that in trying to explain to families and victims, this is all I can do. I have this money. It is a thimble of what you need or what you have lost, and it's a sense of frustration and helplessness that this is the best we can do. That's all we can do.

JEFFREY BROWN:Well, I'm sure—excuse me—that emotional issue is true in all the cases you deal with.

I know you're just starting in on this particular one with the Boston fund. Are there any important similarities or differences in this case that you see from others that you have dealt with?

The main one here so far—and I'm just getting into the Boston situation—is the horrific physical injuries. Fortunately, in Boston, fortunately—and this sounds strange—but, fortunately, four deaths, compared to almost 3,000 in 9/11 or 32 at Virginia Tech. But, still, you never get over the sense of trying to help people, of compassion in dealing with these one after another. It is difficult.

JEFFREY BROWN:And, Ken Feinberg, just very briefly, I think people can probably hear in your accent that you have some Massachusetts roots yourself, from nearby Brockton. Does that bring anything different for you to this?

KENNETH FEINBERG:No, you feel a sense of—you're from that area, so you're challenged to do the very best you can.

I grew up in the area. And it adds a little bit of reinforcement that it's from your neck of the woods, so you want to do the best you can.

JEFFREY BROWN:Ken Feinberg is administrator of The One Fund Boston.

Thanks, and good luck.

KENNETH FEINBERG:Thank you very much.