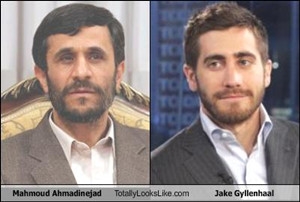 JEFFREY BROWN: And finally tonight: what we talk about and don't talk about when it comes to race and identity. It's a subject again at the fore after the death of Trayvon Martin and the trial of George Zimmerman. And it's the subject of The Race Card Project, an effort by NPR journalist and author Michele Norris to engage people in a conversation about, as her website says, their experiences, questions, hopes, dreams, laments or observations about race and identity.

And Michele Norris joins us now.

MICHELE NORRIS, The Race Card Project: Good to you with you.

JEFFREY BROWN: First, explain to us a little bit about what The Race Card is, how it works and what you're after.

MICHELE NORRIS: That is short.

And it idea was to get people to open up on a difficult subject by not asking very much of them. I asked people to share as you said their thoughts, observations, anthems, laments, whatever, in one sentence that has only six words. And the idea was to create a platform, a place where people could say perhaps difficult things, but more importantly where they could go to the website or use the exercise to listen to other people to find out what other people are saying and thinking.

JEFFREY BROWN: And something about that compactness works, just the six words? You can't go on and on?

Over time, the six words like opening up a spigot, because people send in six words and then they keep going. They are accompanied by essays and additional comments.

JEFFREY BROWN: So, generally speaking, what have you seen happening since the death of Trayvon Martin and through to today?

MICHELE NORRIS: Well, it's been a running thread through the Race Card Project, and there are flash points. So, when it became -- even before it became a national story, the submissions started to trickle in.

And you see all kinds of things. You see mothers who watched this trial and felt for their own children. They somehow felt that Trayvon Martin's experience touched their home, and they feared for their children. You saw people who would watch the trial and maybe they didn't condone what George Zimmerman did, but they understood his impulses.

When they see people of color on the street, particularly in their neighborhood, if they feel that they don't belong, that they talk openly and honestly about the fear that they feel.

And a lot of people talk about the things that they wrestle with, that they're uncomfortable with, the idea that people fear them, the idea that they make assumptions about other people based on their skin color or what they happen to be wearing.

JEFFREY BROWN: It was interesting because of course at the trial itself, there was a lot of emphasis on not seeing this through the lens of race. But, clearly, many people do in America. And that's what you're seeing on your site.

MICHELE NORRIS: That was interesting, because the lawyers, particularly the prosecutor, tried to say that this is not about race, actually said that in the courtroom.

And then we have heard from one of the jurors, who said this is not about race. And as I look at the thousands of submissions that have poured in, clearly, people who were watching this in their own homes and communities were seeing racial elements in this.

And so there is this thing that sometimes people think that just because you don't talk overtly about race that it's not there. But, nonetheless, it does appear to be in the atmosphere.

JEFFREY BROWN: So give us a few examples of the kind of thing you have been hearing.

MICHELE NORRIS: "Urban living has made me racist."

JEFFREY BROWN: "Urban living has made me racist."

MICHELE NORRIS: This is from someone who moved to the city, and she lives in a multiethnic community. And she says that some of the attitudes that she's developed over time living in that community have hardened based on what she sees, and that makes her uncomfortable.

She is sort of buying into the trope of the hardworking Asian, or the industrious Hispanic, and, unfortunately, the scary black person. And she talked really honestly about that not just in those six words, but in an essay that came along with that.

"Stop seeing my son as a predator."

"I pray for my son every day" came from a woman in Canton, Ohio. She has three children, two daughters and a son. She worries most about her son.

JEFFREY BROWN: I was taking a look. And fear, of course, is one of the themes that is running through here.

MICHELE NORRIS: It runs throughout this, yes.

JEFFREY BROWN: And people being almost upset by their fear, too, right? It all comes out in various ways.

MICHELE NORRIS: Upset by the fear that they -- I was just reading one that came from an Ian Seer. He lives not far from here in Springfield, Va.

And he talked about he's a part of the Benetton generation, the generation that is supposed to be post-racial. Remember that word?

MICHELE NORRIS: That they grew up without all the burdens that previous generations have. And yet he talked about he still -- he really hates this implicit fear that he has. So, people are wrestling with this.

But on the other hand, black folks, black men in particular, writing about what it feels like to step onto an elevator and have to say hello really loudly to everyone, so that they understand that they're not a threat.

JEFFREY BROWN: You also had though some people thinking that we put too much emphasis on race.

MICHELE NORRIS: Yes, got a lot about that, one person in particular saying, "Stop exploiting to promote own agenda."

And the idea there is -- this is from someone who said that we talk too much about race, that the Trayvon Martin case, the George Zimmerman case was just another example for the liberal media -- that was the word that he used -- to drive up ratings.

JEFFREY BROWN: Let me just ask you briefly in our last 30 seconds or so here, coming back to the project itself, have you seen a -- what is your sense of the comfort level of people talking about these things?

MICHELE NORRIS: But this is what I really take heart from. A large percentage of the submissions come in, in the form of a question. People are asking. They're thinking out loud.

And that says something hopeful about the need for dialogue.

JEFFREY BROWN: All right, the project is The Race Card.

Michele Norris of NPR, thanks so much.