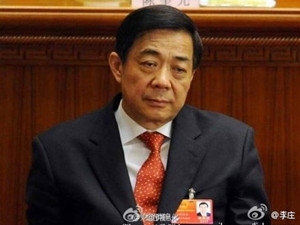 KWAME HOLMAN: A technical glitch on the Nasdaq exchange shut down trading for three hours this afternoon. The problem wasn't fully resolved until just before 3:30 p.m. The freeze in Nasdaq trading didn't shut down other markets.

Jia Lynn Yang covers the financial markets for The Washington Post and has been following the Nasdaq story today.

What is known at this point about what happened to cause this freeze in trading on Nasdaq?

JIA LYNN YANG, The Washington Post: Nasdaq is basically blaming a computer error that they discovered earlier in the day that basically made it difficult to figure out what prices stocks should be quoted at.

And so once they figured that out, they halted trading immediately of all Nasdaq-listed companies. So we're talking big companies, Apple, Microsoft, Intel, not just on Nasdaq, but also U.S. exchanges. It took them about a half-hour to get that computer glitch figured out. Then they spent the next two-and-a-half-hours trying to coordinate to make sure that when they got the stock market back up, things would run smoothly.

KWAME HOLMAN: Jia Lynn, there was a so-called flash crash some years ago, and then Goldman Sachs had difficulty with its computers more recently.

Is this something people -- 401(k) holders should be concerned about?

JIA LYNN YANG: This -- this thing today is at a new -- sort of a new magnitude we're talking, because the flash crash that you referred to, you know, for those who don't remember, this happened in 2010.

And, basically, stocks just dove for a few minutes, and then shot right back up in just a few minutes of trading. And that startled everyone, and there's also been, you know, as you mentioned, a couple other incidents that affect -- Facebook had an issue when it had an initial public offering.

There have been these scattered moments, but today was really just a whole different set of problems, because you were talking about trading completely halting on the second biggest stock exchange in the country, and these are stocks that are owned by most investors. If you have a 401(k), if you invest in mutual funds, these are stocks that you own a piece of, and the fact that there was no trading allowed for hours -- basically, the whole afternoon was off -- this raises questions about the stability of the markets, given how complicated they are and how much technology is behind them now.

Jia Lynn Yang of The Washington Post, thank you very much.

KWAME HOLMAN: A wildfire raging near California's Yosemite National Park more than tripled in size overnight. The blaze has scorched some 84 square miles of forest west of Yosemite. But the park remains open. Firefighters are working on the unruly fire, but it's only 2 percent contained. It threatened some 2,500 homes, hotels, and camp buildings.

The U.S. soldier who gunned down 16 Afghan civilians in two villages apologized in a military court today. Staff Sergeant Robert Bales has admitted he shot the villagers in 2012. Today, at his sentencing hearing in Washington, he told family members of the victims it was an act of cowardice. A military jury will decide if his life sentence should offer the chance of parole.

Army Private 1st Class Bradley Manning has requested hormone therapy so he can live as a woman. The soldier responsible for the largest leak of classified information in U.S. history was sentenced to 35 years in military prison yesterday. Today, Manning gave a statement to NBC's Today Show saying he now wants to be known as Chelsea Manning. The Army doesn't provide hormone treatment or sex-change surgery.

Ousted Egyptian President Hosni Mubarak was released from prison today. State television broadcast video of a helicopter with the ailing 85-year-old aboard flying to a military hospital near Cairo. He is to remain under house arrest. Photos showed him being transferred on a gurney to an ambulance amid heavy security. Mubarak still faces charges of failing to prevent the deaths of protesters during the 2011 uprising that removed him from power. He has a court appearance scheduled next week.

A disgraced Chinese politician strongly contested the charges against him in his bribery trial today. Bo Xilai denied he'd taken more than $3 million in bribes from businessmen. His fall from grace began early last year when his wife killed a British businessman and Bo allegedly tried to cover it up.

We have a report from Angus Walker of Independent Television News.

ANGUS WALKER: Judgment day for a man who was once one of China's powerful party leaders in the most politically driven trial for a generation.

The court heard Bo Xilai had taken bribes and tried to cover up his wife's involvement in the killing of a British business consultant, Neil Heywood. But the disgraced politician angrily rejected key evidence, claiming he'd been forced to confess. If this is a show trial, Bo Xilai hasn't read the script.

Until his arrest last year, Bo Xilai was a charismatic, popular figure. Among the crowds outside the court, a show of support. It lasted seconds.

MAN (through interpreter): After the Bo Xilai trial, where will China go politically? Will we have more human rights?

ANGUS WALKER: Listening in, the police have heard enough.

Well, we were just talking to this man, but because he was showing some support for Bo Xilai and criticizing the trial, he's been taken away by the police.

As one of China's most senior leaders faces what the government insists is open justice, the police were trying to control protests against injustice. A pensioner grabbed his chance to make a stand. His house had been demolished by the government, he shouted. They pulled him down, too, and he was taken away.

And how the mighty fall. Bo Xilai is also in the hands of the state, a historic day, when China's political system is also on trial.

KWAME HOLMAN: The trial went into recess after about eight hours of testimony and was due to resume Friday morning.

Those are some of the day's major stories.