The British government has started a new project to help men manage the responsibilities of fatherhood. Fathers will be able to attend workshops and take lessons on how to be a better father. The new scheme hopesto slow down the rate of family breakdown in the U.K. Over a million British children are growing up without a father. A survey said that a 16-year-old in Britain is more likely to own a smartphone than have a father. One of the project's leaders, Iain Duncan Smith, told Britain's Daily Mail newspaper that: "It is not only the bond between a mother and her child which makes a real difference to a child's life. It is the bond between a father and his child too." 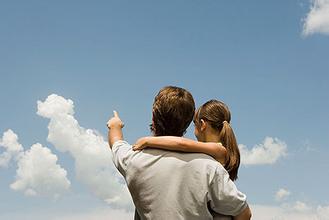 The new classes will be for men only. They will prepare fathers for how having a new baby will change their relationship. Lessons will help new fathers to develop relationship and communication skills. Other classes will help them to understand what can go wrong and where to go for further support. Mr Smith wants therate of divorce in the U.K. to go down. He said: "Divorce does harm to children, affecting everything fromschool work to eating habits, as well as their relationship with mum and dad." He spoke of the importance of helping families, saying: "If we are serious about promoting a strong society, then we also have to be serious about seeking to support and strengthen families."