A man who broke his leg in Wales had to wait for three hours for an ambulance to arrive. Luigi Segadelli, 30, broke his leg while playing in a rugby match in Swansea, Wales. His medical team called for an ambulance and the game was stopped while they waited for it to arrive. The players and officials waited and waited but no ambulance turned up. In the end, the match was called off. Stadium workers had to turn the floodlights on so Mr Segadelli would not have to wait in the dark. His teammates covered him in blankets to protect him from the cold. The ambulance service told people not to move Mr Segadelli as his injury could become worse. An ambulance finally arrived three hours later. 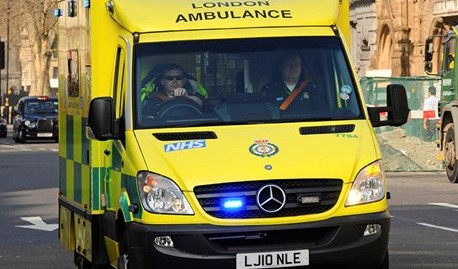 Mr Segadelli is now recovering in a local hospital. He needed an operation to repair his broken leg. Doctors put metal pins in his leg to make sure it heals properly. Segadelli is not happy with his experience. He told reporters: "I want an apology for the delay. They must have the decency to make sure it does not happen to anyone else again." He explained what happened while he was waiting for the ambulance. He said: "Iwas cold and shaking. When the paramedics saw how long it was taking to get colour back into my foot, theysaid it was a big concern because I had been in the cold so long there was a risk of losing my foot." The Welsh Ambulance Service said it had been very busy that day.