Tech giants Facebook and Google are in competition to attract the talents of a 15-year-old app developer. Australian teenager Ben Pasternak sparked the interest of the companies after he designed an app for a game called Impossible Rush. The app has been downloaded more than 500,000 times since its launch in October.The addictive game managed to climb higher than Vine and Twitter on the App Store charts. Pasternak has been invited by Facebook's internship department for a tour of the company's headquarters in California. He is also being wooed by Google, whose vice president has asked him to come to visit its campus. Both companies hope Ben could be one of their future developers. 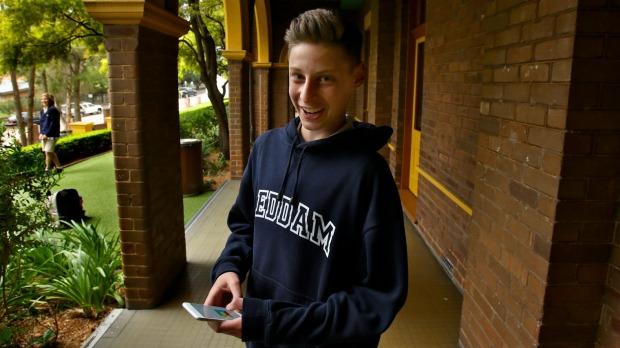 Mr Pasternak is one of 450 high-school-aged entrepreneurs accepted on a Google and MIT sponsored event called Hack Generation Y. The high-schoolers have been invited from ten countries across the world. They willcollaborate on a 36-hour project to create a sellable product. They will also listen to featured speakers from the technology and hacking world. Michael Matias, the organiser of the event, said: "Pasternak is a young entrepreneur and clearly ambitious. He has shown the world that age is just a number." He added that:"[Pasternak's] iPhone app was extremely impressive and if we were to guess, we would never imagine it was run by a 15-year-old."