Final-year students at a university in England are angry after they took an economics exam. Students from the University of Sheffield have signed a petition to say the exam questions were 'impossible' to answer. Nearly all of the 100 students who took the exam complained and signed the online petition. They want the university to look into this. The students say the exam contained questions on topics that were not in their course. They also say the questions included a lot of difficult maths that they had not been taught. One student said a lecturer told them they would only need 'simple' maths. They are now worried that they will get low test scores, and that this will affect what kind of degree they get. 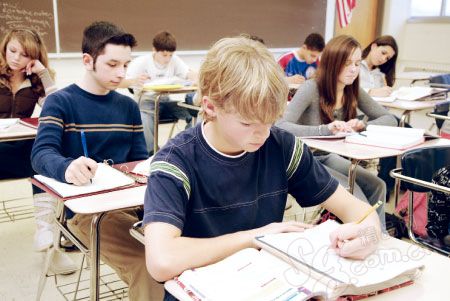 The head of the economics department, professor Andy Dickerson, told the BBC that the exam was fair. He said not all the questions needed maths. He said the level of maths in the exams was the same as the level taught to students on the course. Professor Dickerson also said all the exam questions were on topics the students had studied. He said: "All questions were based on topics taught in the course and for which further reading was provided." He added that one question in the exam used a term that students may not have seen before. He said this was no problem because the question explained the meaning of the term. The university said it would look carefully at the results.