An Australian chef has been crowned pizza king at the World Pizza Championship in Parma, Italy. Pizza maker Johnny Di Francesco, who runs an Italian pizzeria in Melbourne, Australia, scooped the award in the traditional Neapolitan pizza category. He fended off dozens of rivals from Italy and all over the world. Italians who might be shocked at the thought of an Australian (or indeed any non-Italian) winning the prize cantake heart from the fact that Mr Di Francesco has firm roots in Italy. His family is from Naples, home of the legendary Neapolitan, and he trained at the city's prestigious culinary school, the Associazione Verace Pizza Napoletana. 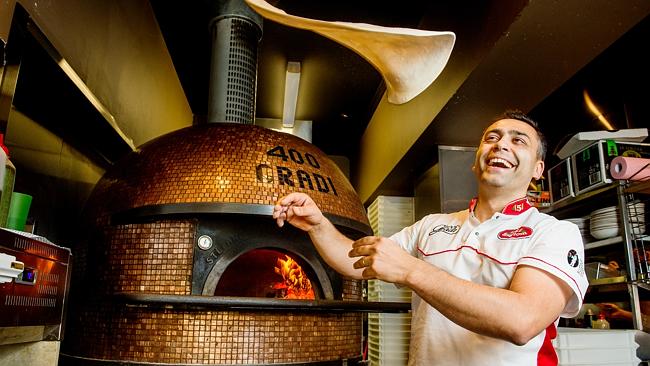 The World Pizza Championship is an annual event held to determine the world's best pizza makers and artists. It began in 1991 and now attracts over 600 entrants. Pizzas are judged by discerning international experts, who look at preparation, taste, bake and presentation. There are also awards for the fastest pizza maker, freestyle acrobatics and the largest dough stretch. The judges at this year's contest restored Italian pride by announcing the winner of the best classic pizza was master chef Giulio Scialpi from the city ofBari, in south-east Italy. Mr Scialpi said it was the pinnacle of his career and had "craved" the prize since first entering the championship in 2000.