Medical experts are questioning why so much money was spent developing and then stocking up on medicationsfor influenza. The tablet Tamiflu and nasal spray Relenza are commonly prescribed by doctors to treat the flu. Governments have heavily stockpiled the drugs as a precaution in the event of an influenza epidemic. However, new research casts doubt on their effectiveness and on the claims made by their manufacturers. The Cochrane Collaboration, a non-profit healthcare research network, and the British Medical Journal published a report based on clinical trials of the drugs. The study questions whether governments should be spending money on the drugs. 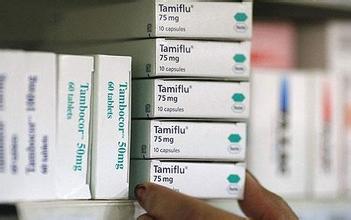 The research says Tamiflu does what manufacturers claim in that it shortens the symptoms of influenza by half a day. However, it says there is insufficient evidence to support claims that the drug reduces the likelihood of hospitalization or serious complications. The researchers also found Tamiflu increased the riskof nausea and vomiting by up to five per cent, and could cause headaches and depression. Tamiflu's makers said the research excluded "real-world data". The research team said Relenza worked little better than gargling with salt water or taking over-the-counter pain relievers. The maker, GlaxoSmithKline, said: "When used appropriately, in the right patient, it can reduce the duration of flu symptoms."