A court in Turkey has said the country's Twitter ban prevents free speech. It said that blocking Twitter takes away people's right to express themselves freely. The Turkish government blocked Twitter on March the21st. The Prime Minister, Tayyip Erdogan, was angry because someone posted audio files of his close advisors just days before the country's elections. The files revealed details of possible corruption in Turkey that could be embarrassing for the government. Mr Erdogan is a big critic of social networks. As well as blocking Twitter, he also ordered the blocking of YouTube for a while. He said in an election campaign speech: "We will wipe out Twitter. I don't care what the international community says." 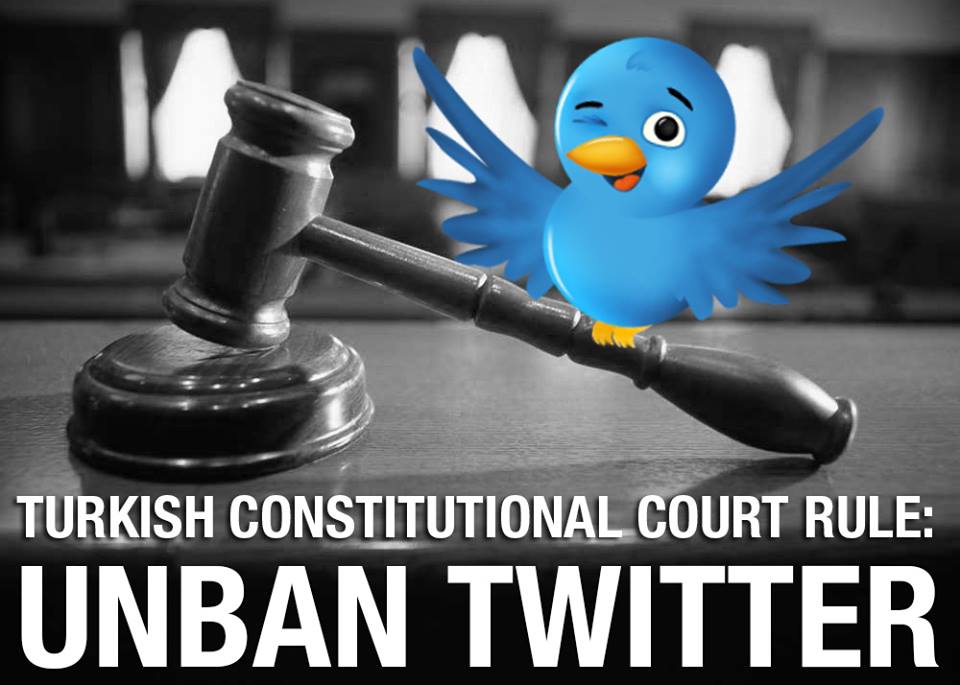 The Twitter ban did not work as Mr Erdogan wanted it to. Turks found many ways to get on Twitter without using the normal channels. Internet companies say there was a surge in tweets after the ban but usage is down to half of what it was before. Many Turks are furious with the government for banning Twitter. They aredetermined to make sure they can access the micro-blogging site. The court agreed with the people. It said: "Everyone has the right to express and [share] his/her thoughts and opinions by speech, in writing, in pictures or through other media." Twitter was happy with the court's announcement. Its global public policyteam tweeted: "We hope to have Twitter access restored in Turkey soon."