A 13-year-old American has made a cheap machine that can help blind people read. People who cannot see canread by using Braille – a system of small bumps that people touch to read the letters. Machines that makethese small bumps into words, sentences and paragraphs are very expensive. They are called Braille embossers and usually cost at least $2,000. The American teenager, Shubham Banerjee, made a new Braille embosser from a Lego kit that lets people create robots. It costs just $350. Banerjee has called his new device theBraigo – a combination of the words Braille and Lego. It works by translating electronic text into Braille and then printing it using a computer or mobile device. 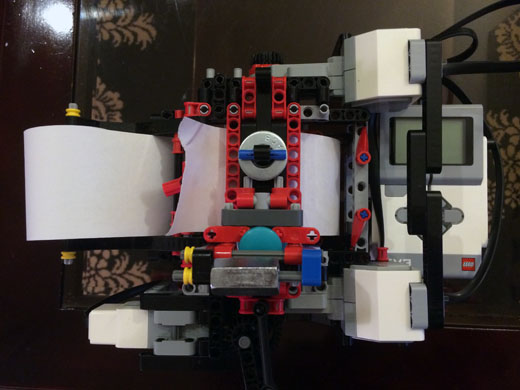 Banerjee designed his Braigo last year for a school science fair. Since then, he has caught the interest of Silicon Valley in the USA. The technology giant Intel invested in Banerjee's machine last November, but they did not say how much money they put in. Banerjee also got $35,000 from his father to help him start the project. His father works as a computer engineer at Intel. He spoke about why he gave so much money to his son, saying: "We as parents started to get involved more, thinking that he's on to something and this innovation process has to continue." Banerjee told the AP news agency that: "My end goal would probably behaving most of the blind people...using my Braille printer."