The World Health Organization (WHO) has announced for the first time that South-East Asia is now free frompolio. The WHO certified 11 countries as being clear of the disease. The WHO website said: "This is the fourth of six WHO regions to be certified, marking an important step towards global eradication of polio – a highly infectious virus that attacks the nervous system and can cause total paralysis in a matter of hours. With this step, 80 per cent of the world's population now lives in certified polio-free regions." One of the newly-certified countries is India, which as recently as 2009, was home to almost 50 per cent of the world's polio cases. India hasn't seen a single polio case for the last three years. 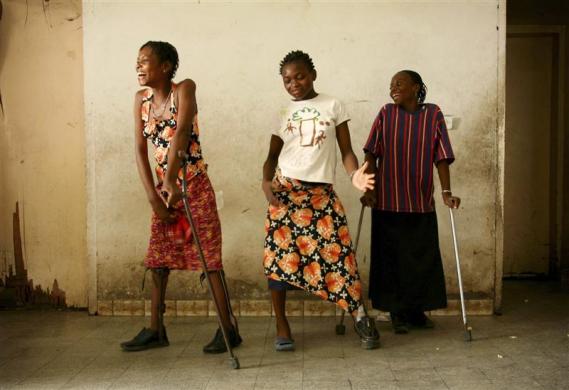 Polio is currently an incurable disease. It leads to paralysis of the limbs and can kill anyone who contracts it. Dr Poonam Khetrapal Singh, regional director for the WHO, said: "This is a momentous victory for the millions of health workers who have worked with governments, non-governmental organizations, civil society and international partners to eradicate polio from the region." She added: "It is a sign of what we can bequeath our children when we work together." Dr Singh also cautioned against becoming complacent in thefight against the disease. She said: "Until polio is globally eradicated, all countries are at risk and the region's polio-free status remains fragile."