China's box office takings have beaten those in the USA for the first time ever. China's movie theatres are now the world's most lucrative. This is the result of millions of moviegoers flocking to cinemas across China during the nation's week-long New Year celebrations in February. Sales were also boosted by Valentine's Day, which is becoming increasingly popular in China. China's box office took in a record $650 millionin February, compared to $640 million in the USA. The most popular movie with Chinese cinema fans was a movie called The Man From Macau II, which grossed $105 million. The new Jackie Chan flick, Dragon Blade, took second spot, earning $95 million. 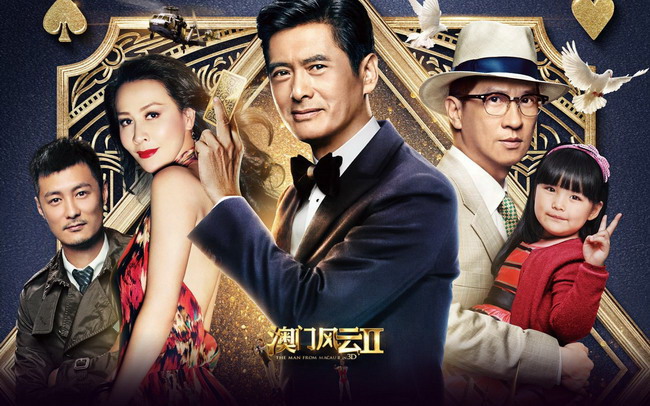 China's film industry is growing at breakneck speed. As the number of middle-class people is expanding, so too is the number of new cinemas opening. A huge population shift from the countryside to urban areas is fuelling demand for more cinema screens. Fifteen new screens are being added every day. There are now approximately 23,600 screens in China, which is 475 per cent more than there were in 2008. The USA has 40,000 screens. The forecast is that China will overtake America in the near future. China's movie industry is thriving. It has experienced year-on-year growth of 27 per cent and 36 per cent in the past two years. Much of this success has been without the help of Hollywood blockbusters.