One of the largest circus companies in the USA will soon no longer have performing elephants as part of its shows. The Ringling Brothers and Barnum & Bailey Circus said it would stop using elephants by 2018. All the 43 animals it currently uses will be moved to an animal conservation centre in Florida. There, the giant creatures will live out their retirement. The decision came after a lot of protests from the public. One hundred years ago, people thought it was OK for animals to perform to please humans. However, the world is different today and people are more worried about the lives of the animals. The circus will continue touse other animals, such as camels, dogs, horses, lions and tigers. 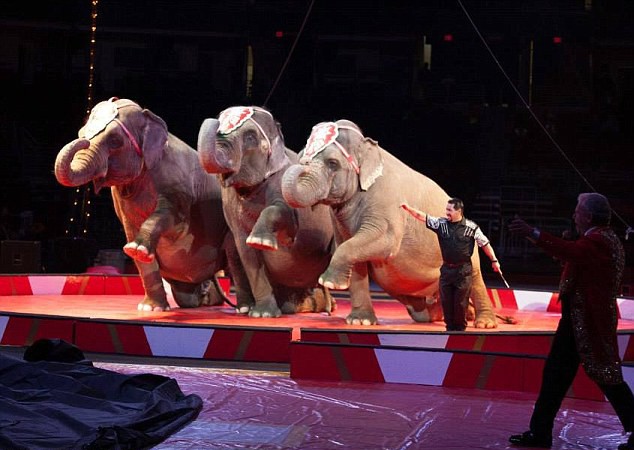 Circuses have been criticised for many years by animal rights activists and the public who care about the treatment of animals. Jessica Johnson, a spokeswoman for PETA (People for the Ethical Treatment of Animals) explained how elephants have a bad life in circuses. She said: "Many of the elephants are painfully arthritic, and many have tuberculosis, so their retirement day needs to come now." Many cities and towns in the USA have banned the use of elephants for entertainment. This has made it hard for circuses to travel around the country. Owners of the circus company said the decision to stop using elephants was not easy but understood that: "There's been somewhat of a mood shift among our consumers."