A new survey from an internet-based market research company shows the things British people are most afraid of. Top of the list is heights. Over half of the people who took the survey said they had acrophobia – the medical name for the fear of heights. In second place was a fear of snakes, with 21 per cent of peoplesaying they were "very afraid" of the slippery creatures. The third biggest fear was public speaking, with20 per cent being "very afraid" and 36 per cent being "a little afraid" of speaking in public. Other things that frighten people most include spiders, mice, needles and injections, the sight of blood, flying, andbeing in small spaces. Number 10 on the list was coulrophobia – the fear of clowns. 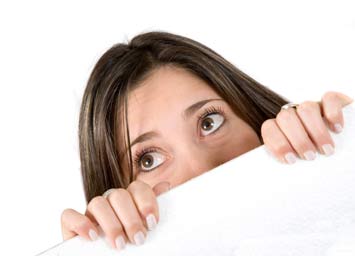 The market research company asked over 2,000 people what they were afraid of. They had to rate 13 common phobias from "not at all afraid" to "very afraid". The researchers found that there were big differences between what men and women were afraid of, and what frightened old and young people. The researchers said: "All are not created equal when it comes to fears." The survey showed that more women than men were afraid of things, especially spiders. These scare a third of men and about half of women. Age differences showed young people were more likely to be afraid of public speaking. Those in the older age groups were more likely than younger people to be afraid of heights.