An Indonesian sportswear manufacturer has had to apologise for a label on its merchandise that people deemed to be sexist. The label appeared on the shirts of one of the country's top football clubs, Super Leagueteam Pusamania Borneo. It read: "Washing instructions: Give this shirt to a woman. It's her job." The company, Salvo Sports, issued its apology on Sunday March 9th, which was unfortunate timing as Sunday just happened to be International Women's Day, an occasion to honour and celebrate women's achievements around theworld. The company received a flood of complaints on social media from people who thought the wording on the label was highly inappropriate. 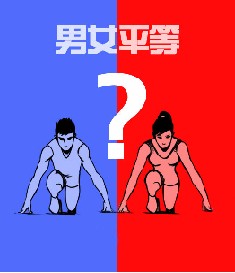 The company was quick to offer an apology and said it did not mean to denigrate women. A Salvo Sports spokesperson said on Twitter: "The message is simply, instead of washing it in the wrong way, you might as well give it to a lady because they are more capable." It added: "There is no intention to humiliate women. In contrast, we want to tell the men to learn from women on how to take care of clothes." Many people felt the apology was also sexist. On a more positive note for women, The Asian Football Confederation (AFC) launched its inaugural AFC Women's Football Day on Sunday. This is designed to recognise events that develop and promote the women's game in Asia.