Japan's government is going to play Cupid in an attempt to encourage more couples to have babies. The country has one of the lowest birth rates in the world and politicians are turning to novel methods to get people to add to the population. One of these methods is local authorities acting as matchmakers. Japan's national government will support any local government effort at speed dating, online matchmaking and other ways to coax couples to get together and start families. The draft recommendations call for intensive efforts over the next five years. The report says Japan faces a "critical situation" in which the dwindling number of children could cause serious social problems for the country. 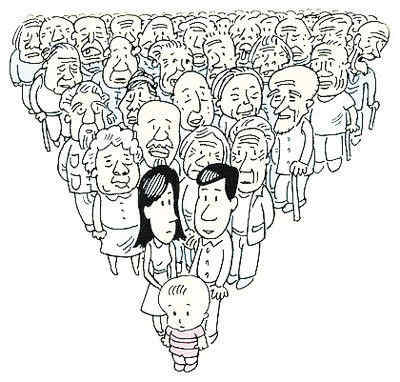 One reason the government has found for Japan's falling birth rate is the rising cost of raising children.The government hopes to address this with a variety of measures. These include plans to improve access to free nursery care, special centres for people undergoing fertility treatment, and a target to increase thenumber of fathers taking paternity leave after their baby is born to 80 per cent by the year 2020. There are also plans to provide greater support for families with three or more children. By 2060, nearly 40 per cent of Japan's population will be aged over 65. The over-65s already constitute 25 per cent of the population. The birth rate has fallen steadily from 4.54 children per mother in 1947 to just 1.42 in 2014.