Families in the U.K. now pay more on childcare than on their mortgage. The annual costs of raising children are now outstripping yearly housing loan repayments. This is according to a survey conducted by Britain's Family and Childcare Trust. The organization says that in some parts of the country, nursery fees have risen by 13 per cent in the past year. The cost for babysitters and child-minders has risen by an average of four per cent. The report's author Jill Rutter told the Nursery World website that her findings showed that childcare in the U.K. is becoming less and less affordable for families. She also said an insufficientnumber of places in nurseries shows the U.K.'s system isn't working. 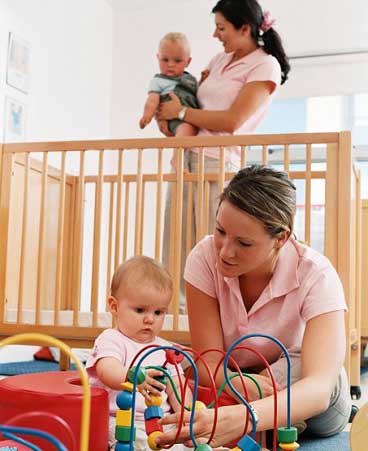 The report could well make would-be parents think twice about starting a family, or about the number of children they have. A family of four with one child attending a nursery and another in an after-school club spends an average of $12,571 a year. This compares to the average yearly housing loan payments of $12,000.Families are now spending a quarter of their income on childcare. This does not include the costs of feeding, clothing and entertaining children. There are also the costs of toys, books and electronic gadgets on top of that. The chief executive of the Trust warned that when many parents have to spend more than a quarter of their income on childcare, it's clear that the system "isn't fit for purpose".