Almost $500 million of bitcoins disappeared from a company in Japan. The company is called Mt. Gox and it was one of the world's biggest dealers in bitcoins. It shut down last week after it lost 850,000 bitcoins,worth $473 million. The company's CEO said hackers stole the digital currency. He apologised to investors on Thursday at Japan's Ministry of Justice. Thousands of investors are angry because they lost the money they invested in Mt. Gox. Bitcoin is a virtual currency – it only exists online for electronic payments. Anyone can buy and use bitcoins. There is no need to open a bank account. Many people believe that bitcoinswill replace paper money, coins and credit cards. 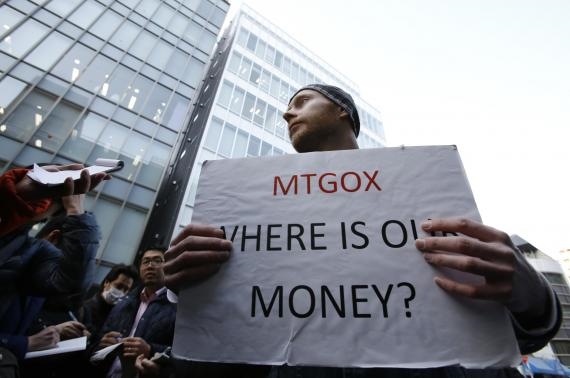 The collapse of Mt. Gox did not surprise online finance experts. Many said it was an accident waiting to happen. They also said Bitcoin will recover from the Mt. Gox shock. There are no rules or laws to control Bitcoin so the collapse of Mt. Gox could mean a better system will come. Companies will now make their security tighter and governments might create laws to make Bitcoin safer. Barry Silbert, CEO of Bitcoin company SecondMarket, says the currency will bounce back. He told reporters: "If you look at the short history of Bitcoin, there has been a series of bubbles, busts, hacks and thefts. After every single event, Bitcoin has emerged stronger."