Tempers can get hot even in the freezing conditions on Mount Everest, the world's highest mountain. So hot,in fact, that fights break out among climbers. One brawl erupted last April between climbers from Europe and local Sherpas. The free-for-all happened at 7,470m, 1,400m below the summit. It started over an argument about how to fix mountaineering ropes on the slopes. The dispute was resolved without anyone suffering serious injuries. With Everest becoming more and more crowded, Nepalese officials are attempting to nip any more trouble in the bud by deploying a team of security guards. The nine-person team will be ready to deal with any alpine altercations before the climbing season begins in April. 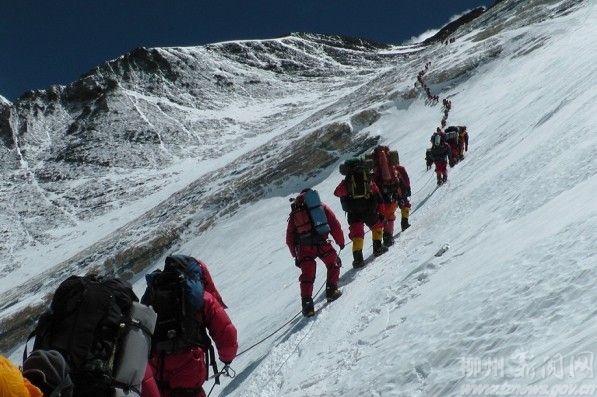 An official from Nepal's tourism ministry told the Himalayan Times website that last year's skirmish raised concerns about the safety and security of climbers on the mountain, especially given that law enforcement officers were days away. He said: "We will open an office at the base camp with a team of government officials, including the army and police personnel. This will make it easy to resolve any conflict." He added: "The presence of security officials at the base camp will give a psychological feeling to climbers that they are safe." He said the security officers could also assist with "medical help, rescues or anything else", adding: "We want to make things easier for climbers."