A new report from the United Nations says more than 250 million children of primary school age cannot reador write. It said they could also not do basic mathematics. The report said that 120 million children havespent little or no time in school. The researchers said children not going to school means countries lose money. Each year, governments lose up to $130 billion. Vibeke Jensen, a U.N. spokeswoman, said there was aglobal "learning crisis". She said this was because there were not enough well-trained teachers in poor areas. She said that in a third of countries, 75 per cent of primary school teachers do not have enough training. She added: "The issue now is to put the focus on quality." 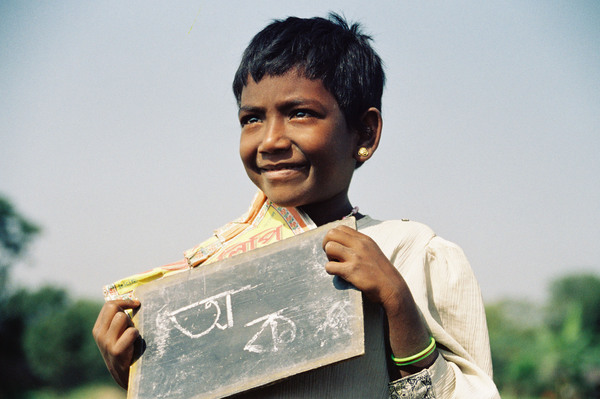 The report said that most of those not going to school were girls. It said it was important that developing countries educate girls. Sending girls to school can increase a country's wealth by 25 per cent over 40 years. The report said that almost two-thirds (66%) of girls in Arab countries and sub-Saharan Africa would never go to school. In Yemen, just 36 per cent of young women are literate. The Reuters news agency said: "If current trends continue, the poorest part of the young female population in developing countries won't achieve literacy until 2072" There was some good news. In Laos, Rwanda and Vietnam, the number of children not going to school fell by 85 per cent in the last five years.