The British Museum in London had its most successful year ever in 2013. More than 6.7 million visitors passed through its doors. The previous record of 5.9 million was set in 2008. Over a million more people visited the museum last year than in 2012. The biggest attractions were two big exhibitions. One was Life and Death in Pompeii, the other was Herculaneum. The director of the museum said he was very happy that so many people came. He told reporters that many things happened last year. Many exhibits were loaned to the museum. He also said online access meant more people decided to visit. He added: "This is truly a dynamic collection that belongs to and is used by a global citizenship." 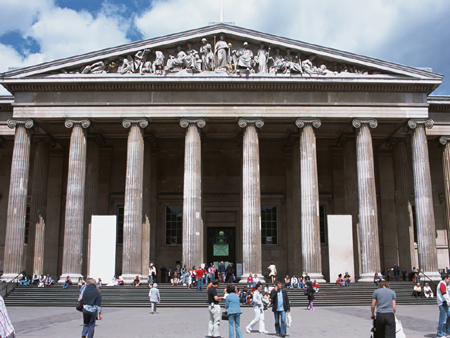 The British Museum has many exhibitions about human history and culture. It has about 13 million exhibits from all over the world. Some countries want the museum to return some of them. Greece wants the Elgin Marbles back. They were originally from the Parthenon in Athens. China wants the museum to return many thingsthe British took from China in the 19th century, and Egypt wants the Rosetta Stone. The museum first opened to the public in 1759. Back then, only about 75 people a day visited it. They could look at 71,000 objects, including 40,000 printed books, 7,000 manuscripts, and many stuffed animals, birds and insects. There were also very old objects from Egypt, Greece, Rome, the Near East, the Far East, and North and South America.