Candy Crush Saga was the most downloaded app of 2013, both in Apple's App Store and Google's Play store. It was also the year's top revenue earning app. The game has been downloaded over 500 million times since its launch last year. Candy Crush Saga is the current favourite among gamers. One addict, Deborah Alvarez, reckons she plays it at least 10 times a day. She said: "I play it in between breaks at work, before I go home, when I get home…It's addictive." Her colleague Katie Newell said she has successfully avoided playing the game. "I know too many people who have fallen prey to Candy Crush. I can't talk to them. I have to block invites to Candy Crush. It's a slippery slope," she said. 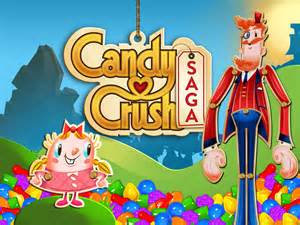 Other top downloads of 2013 include the photo and video-sharing service Snapchat. Craig Palli, an industryexpert, said: "Snapchat went from being a niche app to achieving much more critical mass, so much so that Facebook was reportedly willing to spend billions of dollars to acquire the company." Mobile communications analyst Simon Khalaf believes 2014 could be the year when mobile apps seriously challenge the televisionindustry. He said: "Every American spends $100-plus per month on a service that is not personalized and not mobile. It's an area that's ripe for disruption….Someone will come up with new content, maybe a new device, and more importantly a better business model."