The United Nations is cutting staff for the first time in its history. The U.N. General Assembly approved a staff cut for the first time since the international body was created in 1945. The decision means a reduction of 219 positions, which represents two per cent of all U.N. posts. In addition, the General Assemblyauthorised freezes on pay rises for one year and benefits for two years. It acted in response to pressuresfrom member states to reduce spending. Many governments around the world say they are struggling to meet their share of contributions to fund the global organisation. Many nations are still suffering from austerity measures taken after the global financial crisis. 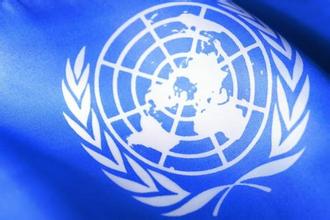 The United States' ambassador to the U.N. Joe Torsella said the cuts were "crucial" and would "eliminate unnecessary, duplicative or outdated posts". He told the General Assembly: "At a time when the budgets and crucial services of many…organisations have been squeezed, these measures will hold compensation costs inplace, until we can act in the next session." He added: "Our shared goal should be to ensure that the United Nations can maximise the results that it delivers with the amount of resources that member states are collectively able to provide." The United States, which pays 22 per cent of the U.N. budget, is the biggestfinancial contributor to the United Nations.