Uruguay has become the first country in the world to legalise the marijuana trade, from the drug's production to its distribution. This means it is the only nation where the government has total control of the commercialisation of marijuana (also known as cannabis). Uruguay's President Jose Mujica said his goal is totry and disrupt the activities of drug traffickers and possibly put them out of business altogether. He hopes that his legalisation, together with the close monitoring of marijuana sales by the state, will reducedependence on the drug and drug-related crime. Mr Mujica said he was well aware that the new legislation was "an experiment," which had no guarantee of being successful. 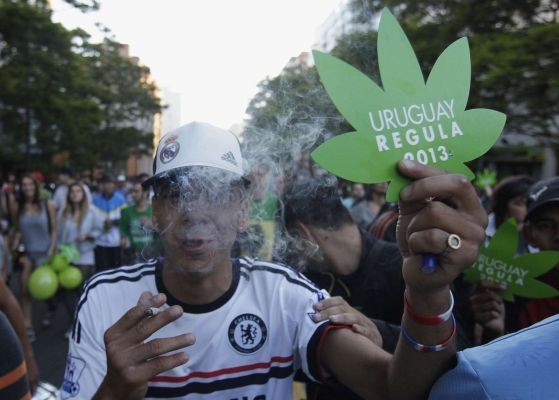 The legalisation has fallen foul of an international treaty on drug control. Uruguay is a signatory to the1961 Convention on Narcotic Drugs. The Convention limits the use of cannabis "to medical and scientific purposes". The president of the International Narcotics Control Board, Raymond Yans, said he was "surprised"that Uruguay had "knowingly decided to break the universally agreed and internationally endorsed legal provisions of the treaty". He warned the move could backfire, saying: "It will not protect young people, but rather have the perverse effect of encouraging early experimentation, lowering the age of first use, and thus contributing to…earlier onset of addiction and other disorders."