The U.S. state of California is going through the worst drought in its history. Water supplies are now at dangerously low levels. The state government has introduced many laws to try to prevent water shortages. California farmers have stepped in to do their part in helping to conserve water. California's agriculture sector has agreed to cut back on its water use by 25 per cent. This will be on a voluntary basis. The agreement follows a move by California's governor Jerry Brown to cut water use in cities by 25 per cent. This was introduced as an emergency measure and it made many city residents angry. They did not want to be the only people having to cut back on water. 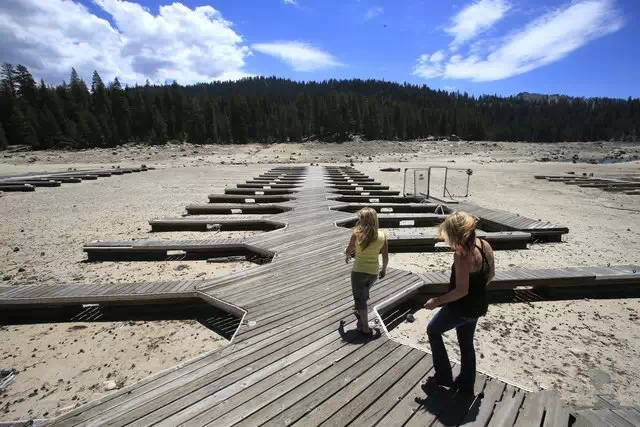 California's water system serves over 30 million people and irrigates nearly six million acres of farmland.It is the world's largest and most productive water system. It is also one of the most difficult systems because too many people want too little water. There is a great demand for water in the state. Farmers sayit is important they get water first because growing food is essential. However, some crops, like almond trees, need a lot of water. People in the cities say they need water the most to be able to live. There is also demand from California's many golf courses and for the swimming pools of the wealthy people in the state. California's population will be almost 50 million people by the year 2020.