New research suggests that husbands do not do their fair share of work around the house. A study from the Ohio State University says that men who do an equal share of housework are a rare breed. Researchers looked at the lifestyles of 182 working couples who became first-time parents. Both partners worked roughly thesame amount of hours in full-time jobs. The research team found that men did less housework after the babywas born, even though both mothers and fathers worked the same number of hours outside the home. During the first few weeks of parenthood, fathers did an average of five hours a week less housework, although theyspent this time helping to look after the baby. 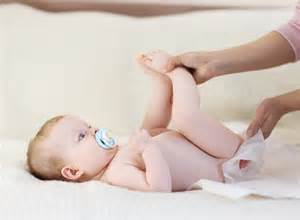 It is a different story for mothers. Becoming a parent added about 21 hours per week to the amount of workshe did, even with her full-time job. Most of their extra work was spent looking after her baby. The researchers explained why new fathers did not keep up with the extra work after a child was born. They said that most men were simply unaware that the mother was doing so much more work. Another reason is that after ababy is born, fathers tend to follow what happened in their own homes when they were younger. They automatically accept and follow the 'traditional' roles of the mother looking after the baby and the father working, even though the mother is also working the same number of hours in her job.