The United Nations has warned that the Central African Republic (CAR) needs urgent help. The UN Deputy Secretary-General Jan Eliasson said it was "descending into complete chaos before our eyes". The landlocked nation has been slowly moving towards a state of total anarchy since rebels seized power in March. Mr Eliasson called for the strengthening of the African Union's military presence in the country. He suggested turning it into an official UN peacekeeping operation. Mr Eliasson warned: "If this situation is left to fester, it may develop into a religious and ethnic conflict with long-standing consequences - even a civil war that could spread into neighbouring countries." 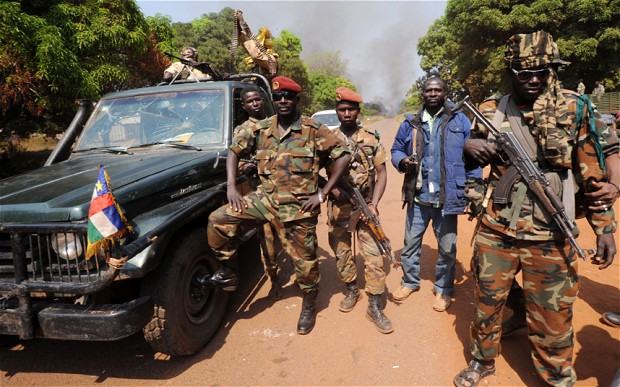 Rebels known as the Seleka replaced former President Bozize with their own commander Michel Djotodia. Mr Djotodia later disbanded the rebels but they regrouped and formed armed gangs, which now control most of the impoverished country. Mr Eliasson said: "The population is enduring suffering beyond imagination. As we see far too often, women and children are bearing the brunt. Human rights violations are mounting. The use of child soldiers is rising. Sexual violence is growing. There are widespread reports of looting, illegal checkpoints, extortion, illegal arrests and detentions, torture and summary executions." He warned that: "The CAR is becoming a breeding ground for extremists."