Several German news sources are questioning how much President Obama knows about the US spying on German Chancellor Angela Merkel. The 'Spiegel' magazine reported that the USA's National Security Agency (NSA) started tapping Ms Merkel's mobile telephone in 2002, under the George W. Bush administration. It says President Obama knew that the tap was still in place as early as 2010, before he visited Berlin in June of that year to tell Germans of the warm friendship that existed between their two countries. A newspaper reported that the contents of Ms Merkel's SMS messages and phone calls went straight to the White House. The US Embassy in Berlin was used as a base for the surveillance. 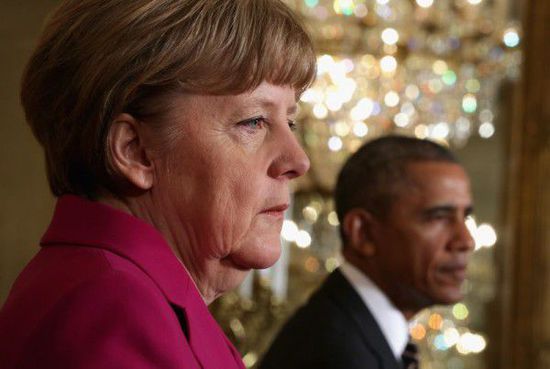 The spying allegedly began when former German Chancellor Gerhard Schroder was in office. US intelligence sources were suspicious of his refusal to support the second Iraq War. Obama told Ms Merkel last week that he had not known of the bugging. However, a media report cites an NSA official who said Mr Obama ordered the programme to be escalated. A document from the NSA warned of "grave damage for relations" if its spying programme was discovered. Ms Merkel is shocked that the USA may have engaged in the sort of spying she thought was a relic of the Cold War. She was also spied on in the former East Germany, before the fall of the Berlin Wall and the collapse of communism in Eastern Europe.