The BBC (British Broadcasting Corporation) has released details of its programme schedule to mark the centenary of World War I. It is planning almost 2,500 hours of new TV and radio shows. These will be broadcast from 2014 to 2018, to mirror the one hundred years since the war. It is the biggest plan in the BBC's history. Tony Hall, the head of the BBC, said the programming would be, "a chance for us all to learn something new about a war we think we know well". A BBC spokesman said: "We are setting out to broaden people's understanding of the war, to commemorate and remember those who were caught up in it, and to tell both well-known stories from fresh perspectives and original stories so far untold." 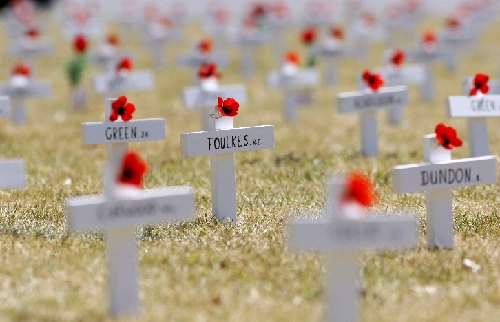 World War I (WWI) is also known as the First World War. It was a global war that mostly took place in Europe. It began on 28 July 1914 and lasted until 11 November 1918. It was called the "World War" or the "Great War" until 1939, when World War II started. More than 9 million soldiers were killed in WWI. This makes it the fifth-deadliest conflict in human history. Over 70 million people fought in countries all over the world. The United States joined the fighting in 1917. After the war ended, many countries changed and many new nations were created. There were also revolutions in a lot of countries. There was a lot of unhappiness in some countries. This lasted for many years and was one of the causes of World War II.