Japan's snow-covered Mount Fuji is one of the most famous mountains in the world. Nearly 300,000 people climb to the top of the 3,776-meter mountain every year. Now they can tweet about their experience or post pictures on Facebook from the top of Mount Fuji. Japan's biggest telecommunications company, NTT DoCoMo, has launched a free Wi-Fi service along the slopes of Fuji. Climbers can access free Wi-Fi service at eight different hotspots on the mountain, as well as the summit. The Wi-Fi will only be available for three months, which is the length of the climbing season. Once users log on, they will have 72 hours of free access to the Internet from the mountain. 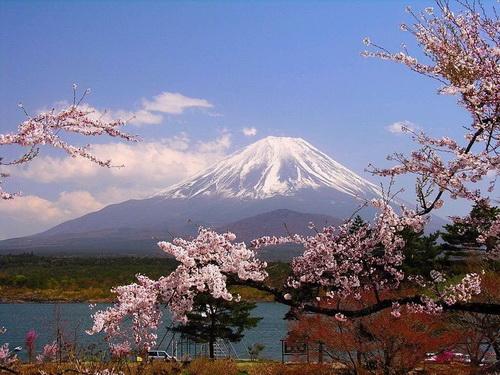 Hundreds of thousands of people climb Mount Fuji every year. The number has increased since the mountain became a UNESCO World Heritage site two years ago. The United Nations said Fuji was an important symbol of Japan. Local authorities hope the free Wi-Fi service will help keep climbers safe on the mountain. People will be able to check for weather warnings and find shelter. They will also be able to call for help even if their phone loses its signal. Fuji is not the highest place in the world to have Wi-Fi hotspots. Mount Everest in the Himalayas has a hotspot at the last base camp, which is 5,148 metres high. The North Pole and the International Space Station also have hotspots.