The advertising people see while at the movies is less effective when audiences eat popcorn. This is the conclusion of a newly-published study from Germany's Cologne University. According to researchers, people remember the names of new brands or products by silently pronouncing them in their brains. However, with a mouth full of popcorn, this process is interrupted. The report is titled "Popcorn in the Cinema: Oral Interference Sabotages Advertising Effects". It describes how the chewing action interferes with the brain's "inner speech" that operates whenever we come across a new name. Researchers say: "This happens covertly, that is, without our awareness." 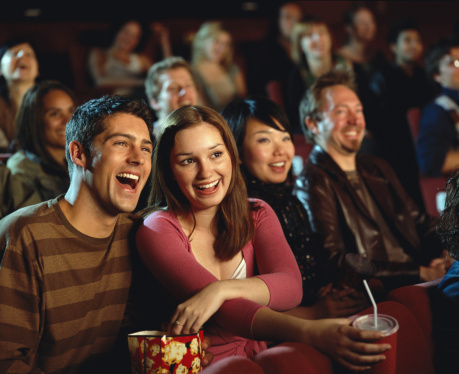 Researcher Sascha Topolinski invited 96 people to watch a movie. Half of the group was given popcorn, while the rest received a small sugar cube. A week later, the participants were asked to rate a series of products, including some of those they had seen adverts for during the movie. The sugar cube group remembered a lot more of the product names than those who ate popcorn. Mr Topolinski said: "The mundane activity of eating popcorn made participants immune to the pervasive effects of advertising." He added: "This finding suggests that selling candy in cinemas actually undermines advertising." This presents cinema owners with a dilemma. There is usually a 900% mark-up on popcorn sold in movie theatres.