Most people do not know what a blobfish is. It is the world's ugliest animal. It is also the new mascot of the Ugly Animal Preservation Society (UAPS). The UAPS asked 11 celebrities and comedians to make a short video on what they thought was the ugliest creature on Earth. Thousands of people voted to decide the winner. UAPS president Simon Watt said he didn't want to use a cute animal as the society's mascot. He wanted people to know that not-so-cute animals are also in danger. Mr Watt said: "We've needed an ugly face for endangered animals for a long time…For too long the cute and fluffy animals have taken the limelight." He thinks the blobfish will make people remember the uglier animals. 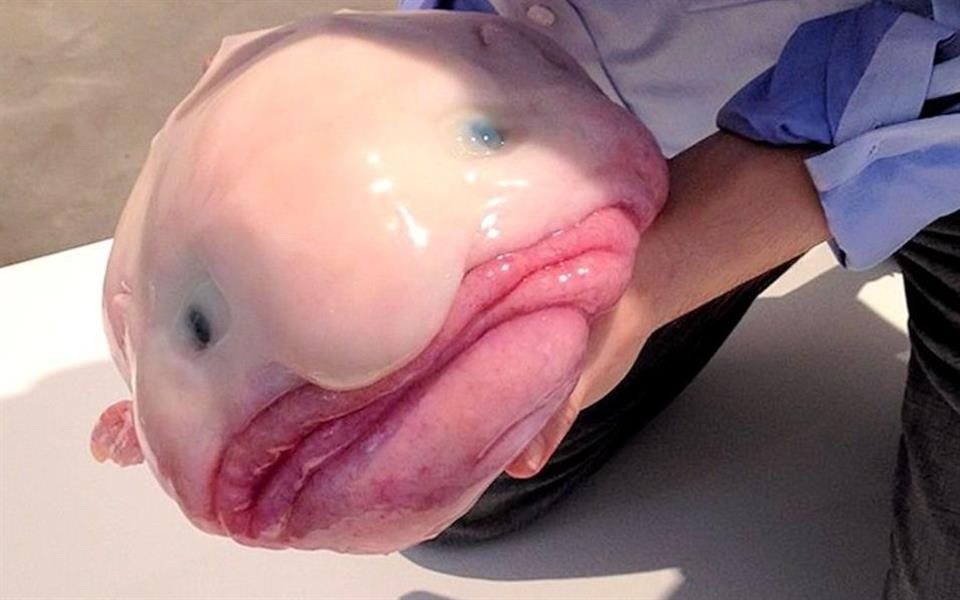 Blobfish live in the seas and oceans near Australia and New Zealand. They stay largely on the seabed or ocean floor between 600 to 1,200 metres deep. They can grow up to 30 centimetres long. They have very large heads, small bodies and thin tails. Their name comes from the fact that they look like a large blob of jelly. This is because they have no muscles. They float in the water and swallow things that swim past them, like small crabs and shellfish. Even though humans do not eat blobfish (they are inedible), fishermen accidentally kill thousands each year. They are caught in the nets of fishing boats. Scientists are worried that this will put the blobfish on the list of endangered animals.