A Uruguayan man who disappeared before the start of winter in the Andes Mountains has been found alive and well. Raul Fernando Gomez, 58, got lost in a blizzard while trying to cross the Andes range from Chile to Argentina. The start of his ordeal began when his motorbike broke down in the middle of nowhere. Mr Gomez told reporters he had no choice but to walk in the hope of finding a town nearby. He became disoriented in the heavy snowfall and could not find his way back to the road. He found a mountain shelter 2,840 metres above sea level and holed himself up there hoping to survive the long, freezing winter. A local governor said: "The truth is that this is a miracle. We still can't believe it." 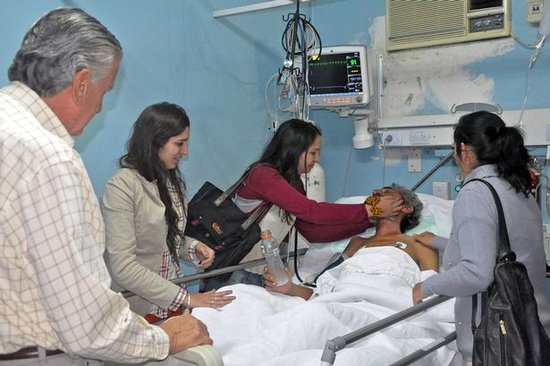 Mr Gomez was found and rescued by a team of Argentine meteorological officials who had helicoptered to the shelter to record snowfall levels. He had survived by catching rats and eating leftover supplies he found in the shelter. Doctors expressed surprise at how well he had fared. He was very thin and had lost 20kg in weight. A doctor said he was surprised by Mr Gomez's resilience, saying: "He's a patient with high blood pressure, a history of smoking and signs of undernourishment, but…in a few days we're going to discharge him." Members of a Uruguayan rugby team famously survived sub-zero temperatures in the Andes for 72 days in 1972 by eating the bodies of fellow plane-crash victims.