A rock group from the USA have been banned from performing at a music festival in Russia after a band member stuffed the Russian flag inside his pants. Jared Hasselhoff, the bass player with the band Bloodhound Gang, was filmed pushing the flag into the front of his pants and pulling it out the back. The band were performing at a concert in the Ukrainian city of Odessa on July 31st. Hasselhoff grabbed the flag and yelled to the crowd, "Don't tell Putin," before his stunt. His antics led Russia's Culture Minister Vladimir Medinsky to describe the band as "idiots" and banned them from playing their scheduled slot at Russia's Kubana music festival this week. Hasselhoff later apologised for his actions. 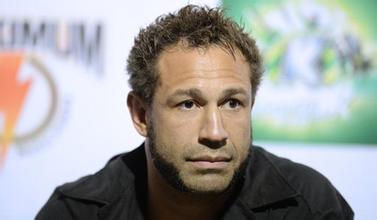 The band are still in Russia and may face criminal charges. Alexander Tkachyov, the governor of the region holding the festival, tweeted: "For such pranks they should be behind bars." Russian lawmaker Vladimir Markin told reporters: "A crime defined by Article 329 of the Russian Criminal Code is the defiling of the Russian state flag. This crime has been committed and this is a premeditated offense." He added: "We will do our best to identify and bring to court every person involved." A comment posted on the Voice of Russia website called Hasselhoff's actions an "unpardonable and inexcusable criminal act" that breached Russian laws and insulted Russians worldwide.