Scientists may have discovered something that could be very welcome news for ice cream lovers around the world. Their discovery is a new ingredient that could slow down the rate at which ice cream melts and gives the ice cream a smooth texture. It is a naturally occurring protein that keeps ice cream frozen for a longer period of time during hot weather. Research teams at two universities in Scotland found that the protein, called BsIA, slows down the melting process through a bonding of air, water and fat. Project leader professor Cait MacPhee said: "We're excited by the potential this new ingredient has for improving ice cream, both for consumers and for manufacturers." 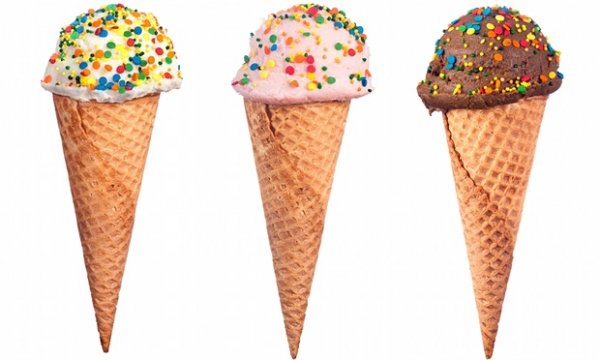 The protein is a kind of friendly bacteria that could be used in other food to reduce levels of saturated fat and calories. The researchers say it could prove a valuable ingredient in many kinds of food and be very beneficial to food companies. It also comes with green credentials as it can be produced from sustainable raw materials. Professor MacPhee's colleague Dr Nicola Stanley-Wall described the research as being an enjoyable experience. She said: "It has been fun working on the applied use of a protein that was initially identified due to its practical purpose in bacteria." The researchers say that that ice cream made with the new ingredient could be in supermarket freezers within three to five years.