Statistics recently released from the USA's Census Bureau have shown how demographics in the U.S. are changing. The figures show that white children in the country are set to become a minority within the next year or two. It was revealed that currently, 49.9% of American children under the age of five are from non-white backgrounds. Asians and Hispanics will soon become the new majority ethnic groups in the country. The Bureau gave two main reasons for this trend. One is that birth rates among minority populations are growing faster than those in the white community, especially in the Hispanic community. The second is the steady number of immigrants arriving in America. 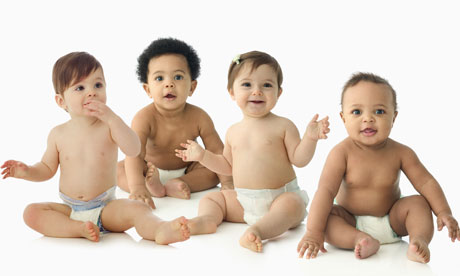 The Bureau also reported that for the first time ever, deaths outnumbered births among whites, in the period between July 2011 and July 2012. During this time, the Hispanic population grew by 2.2 per cent and the number of Asians rose by 2.9 per cent. Mark Hugo Lopez from the Pew Hispanic Center says the changes in the makeup of the U.S. population will have a global impact. He said: "The U.S. Hispanic population is second only to Mexico's." He noted that the current U.S. Latino population is larger than those in Peru, Colombia and Spain. He added: "That's something which has an incredible implication not only in the U.S., but as part of a larger Hispanic world."