A Chinese company is going to build a new shipping route through Central America. Nicaragua has given the company a $40 billion contract to construct a canal across the country. It will join the Atlantic and Pacific oceans. This means there will be two waterways to connect the two oceans. The other one is the Panama Canal, which opened in 1914. The new waterway in Nicaragua will be bigger and longer than the 77-km-long Panama Canal. A spokesman said much bigger ships would pass through Nicaragua's canal – twice the size of those that currently use the Panama Canal. The name of the company that will build the canal is still a secret. However, it will have a 100-year contract to maintain the project. 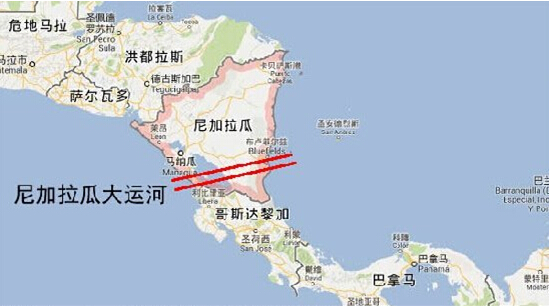 The new canal will be a very important trade route. Shipping companies will save time and money because it will be farther north than the Panama Canal. It will take companies ten years to finish the project, but the first ships will use it within six years. It will be 22 metres deep and 286 km long. Not all Nicaraguans are happy about the canal. Congressman Carlos Langrand said: "This project affects all Nicaraguans, the future of Lake Nicaragua, our environmental resources, and the economy." He complained that the government was not being honest with the people. He told the "Nicaragua Dispatch" newspaper that: "We have many more questions than answers about this project."