China is building up a large collection of the biggest things in the world. The latest addition is the world's largest building. It is called the New Century Global Center and it opened this week in Chengdu, Sichuan province, in China's southwest. It is 500 meters long, 400 meters wide and 100 meters high. The area inside covers an amazing 1.76 million square meters. The building is so big that 20 Sydney Opera Houses could fit inside. It is almost three times the size of the Pentagon in Washington, D.C. It took thousands of workers just three years to build the enormous structure. The center is an important part of plans to make Chengdu a 21st-century city. It fits with the city's slogan, "Chengdu – Can Do". 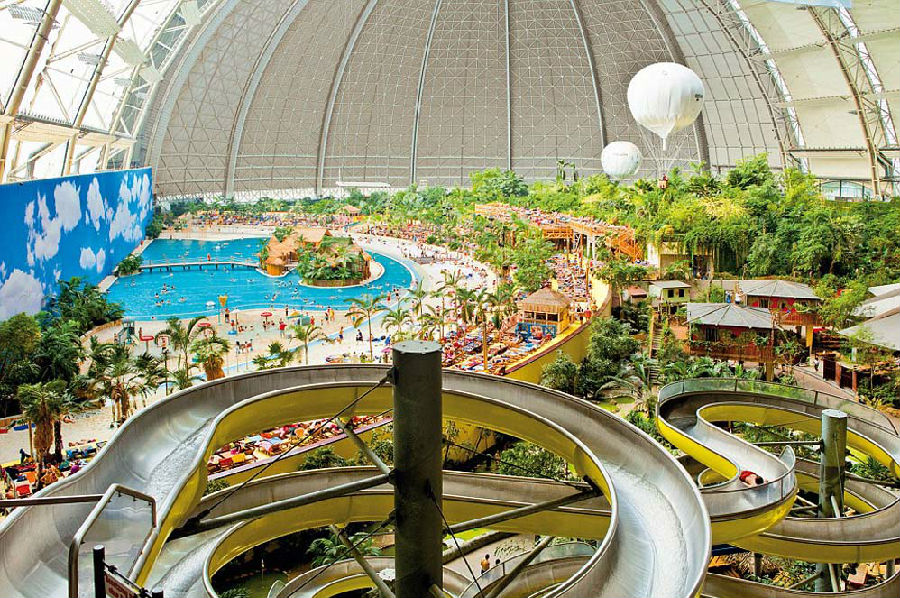 The inside of the center is almost like a small city in itself. There are around 400,000 square meters of shopping space, a 15-screen IMAX movie theatre complex and an ice rink big enough to hold international competitions. There are also offices, hotels, a replica Mediterranean village and a water park. The building's owners hope it will attract business and tourists from across China and the world. It is all part of a wider plan to put Chengdu on the global map. Around 14 million people currently live in the city, but that is set to increase. The city is also a magnet for investment and is one of China's most important industrial regions. The area is also home to the world's largest giant panda nature reserve.