A new United Nations report says that we should all eat insects. The report is from the U.N. Food and Agriculture Organization. It is called "Edible Insects: Future Prospects for Food and Feed Security". The U.N. says it is important we eat insects to help the Earth. It gave three reasons why we should be adding insects to our diet. The first is they are good for our health. "Insects are healthy, nutritious alternatives to mainstream staples such as chicken, pork, beef and even fish." The second reason is they are better for the environment than breeding cows, sheep, and other animals. Finally, "insect farming" would help millions of poor families around the world eat and start a small business. 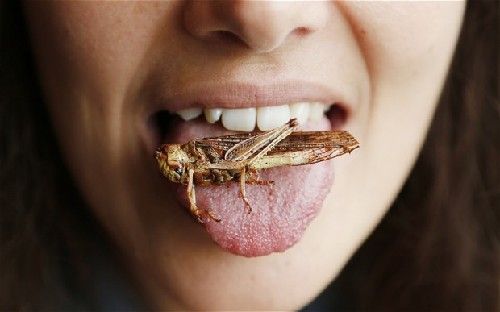 Many cultures already include insects in their diet. The report says: "Many people around the world eat insects out of choice, largely because of the [tastiness]….More than 1, 900 species have reportedly been used as food." However, most people in Western or "developed" countries think the idea of eating insects is disgusting. The report says governments need to educate Westerners about the benefits of eating bugs so they get over the "disgust factor". Ento, a company in London that sells insect-based food, said it is difficult to get people to eat creepy-crawlies. It told the "New Scientist" magazine: "On paper, insects are fantastic, but on a plate, most people won't touch them."