Travellers and phone-camera lovers need to note a new danger that has recently come to light. This new life-threatening hazard has sprung up in the past few years and is now a ubiquitous part of life. It is also proving to be twice as lethal as being killed by a shark. What is this potential new menace? Well, it is the selfie. Yes，love 'em or hate 'em, the desire to take a photo of yourself in front of a world-famous site or to strike a pose and pout with a friend has resulted in more deaths in 2015 than shark attacks. It has been reported that so far this year, 12 people have died as a result of trying to take a selfie. This compares to just six deaths due to unprovoked shark attacks. 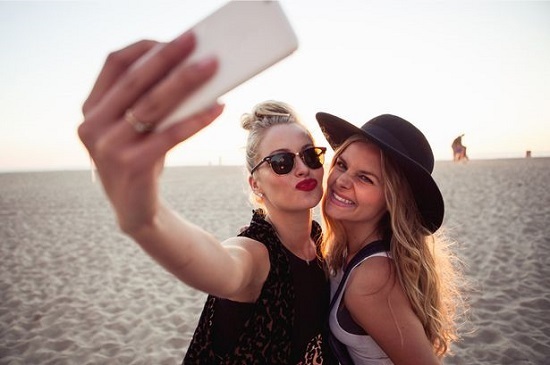 Selfie-related accidents can happen in all manner of circumstances. The website Wikipedia.com has detailed the twelve deaths seen this year. They include two Russian men who were killed while taking a selfie with a hand grenade; three Indian students who were killed by an oncoming train while taking selfies on train tracks; and an American woman who fell to her death while taking a selfie with her boyfriend on a cliff in South Africa. The latest death came last month when a Japanese tourist died falling down the stairs while trying to get a shot of himself at the Taj Mahal in India. There may be more. A Russian government spokeswoman told reporters that in July, there were, "dozens of selfie-related deaths" in Russia alone.