A movie produced by Hollywood actor Brad Pitt has made the headlines for scaring farm animals. Filming is taking place in the countryside in Northern Ireland in the U.K. The movie is called 'The Lost City of Z' and is set in the 1920s. It is about a British soldier and spy who disappeared into the Brazilian jungle in 1925 with his son. They were searching for a lost civilisation, which the soldier called Z. He was never seen again. Film makers needed to create explosions and other loud noises for the movie's special effects. However, locals and farmers in the town of Ballygally complained that the loud bangs frightened their animals. No one knows if Mr Pitt was in the town at the time as he is not acting in the film. 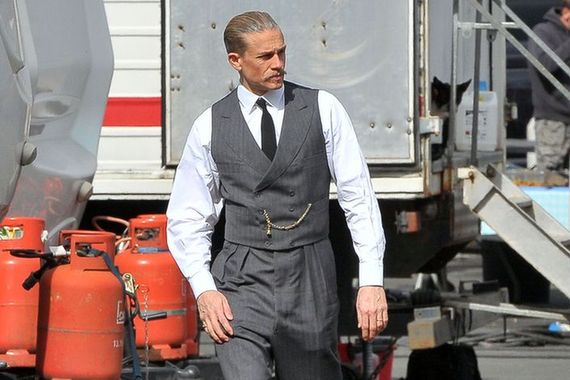 Local people in the town said the explosions began on September 14 and gradually became bigger and louder. Some locals said it sounded like there was a war going on as the noise shook windows in houses. One farmer spoke to reporters about how his animals were "terrified". He said: "The dog was shivering under a chair and the hens had all gone. Then I heard there had been another explosion while I was out….Another neighbour’s cow and calf jumped the hedge and the cows were crying in fear." Mr Pitt may do something special for the local people as he is a famous animal rights activist and might be upset if he heard animals had suffered because of his film.