A new report says the number of young people without a job is still very high in many countries. There are currently 73 million people around the world aged 15-24 who want to work but cannot find a job. The International Labour Organization (ILO) said that although youth unemployment is coming down in rich countries, it is rising in most of Asia, the Middle East, North Africa and Brazil. The youth unemployment rate in China increased from 9.3 per cent in 2010 to 10.6 per cent last year. Economists say it will be 11.1 per cent in 2016. In Brazil, the figure for youth unemployment was 14 per cent at the beginning of this year, but is now almost 16 per cent. The ILO warns that youth employment worldwide is set to rise. 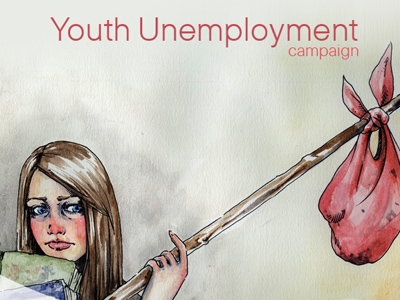 The ILO said it is difficult for many young people who are looking for work. It said: "It's still not easy to be young and starting out in today's labour market." It is particularly bad for many young women. The highest rate of youth unemployment around the world is for women in the Middle East and North Africa. This figure is around 45 per cent. There are many reasons for the gloomy figures for youth unemployment. One major factor is the global financial collapse of 2008. Many countries have still not recovered from that. The ILO says youth unemployment is not just important for a country's economy. It also affects health, social unrest and levels of people's happiness.