Samoa Air has become the first airline in the world to base fares on a passenger's weight. The national carrier of the South Pacific island nation has discarded the traditional pricing model of asking fliers to pay for a seat and instead has moved to a price-per-kilogram structure. The airline flies domestically between the country's two main islands and has started international flights to American Samoa and Tonga. Travellers pay a price of around US$1 per kilogram on shorter routes, and over US$4 on longer flights. Samoa Air CEO Chris Langton said the new initiative would help promote health awareness in Samoa, which has one of the world's highest rates of obesity. 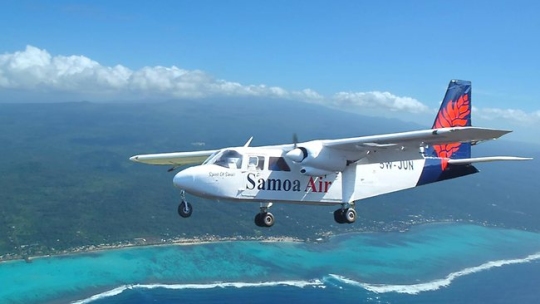 Reaction to the new pricing scheme has been mixed. A spokeswoman from the New Zealand-based campaign group Fight the Obesity Epidemic vehemently opposed the new fares. She said: "I think that's absolutely appalling. It's a stigmatisation of people, and really, just powerfully discriminating." A Samoan community leader said he appreciated that weight was key for airlines. He told the New Zealand Herald: "I weigh 200kg. I would be okay to pay the fare, provided it's reasonable, but I don't think it's a good excuse saying that they're trying to promote healthy living that's a lame reason." Many industry analysts believe other airlines will follow suit in charging overweight passengers extra.