Nutritionists and dieting experts have long sought the answer to how to encourage people to lose weight. It seems overweight people are more interested in the size of their wallets than their waistlines. Researchers in the USA may have found one answer，cash rewards and penalties. A year-long study of 100 weight watchers by the Mayo Clinic in Minnesota found a system of financial incentives and fines had a significant impact on people's success in shedding kilos. The weight-conscious dieters received $20 a month if they met their weight loss goals and had to pay a penalty if they didn't. Those motivated by financial gain lost an average of 4.1kg, compared to just 1kg for those without the cash bonus. 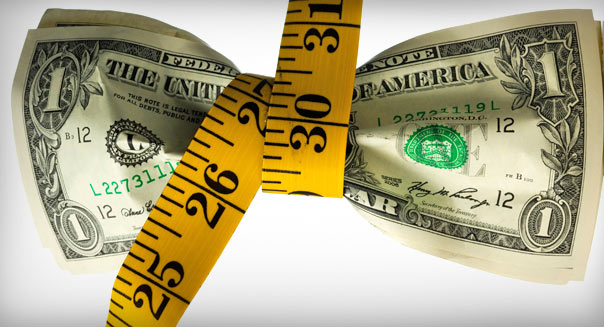 The study followed 100 obese adults aged between 18 to 63, who were weighed every month for a year. They were put into four groups, some with a monetary focus, others with an emphasis on education and behaviour change. The $20 a month was enough for the financially-motivated dieters to out-diet the other groups. Mayo Clinic's Dr Donald Hensrud said: "Just wanting to lose weight isn't enough. Financial incentives can be powerful." Head researcher Dr Steven Driver found the fear of losing money was stronger than the thought of receiving a bonus. He said: "Fear of losing money tends to motivate people about two and a half times more than the prospect of gaining the same amount of money."