The conservation charity World Wildlife Fund (WWF) has warned that climate change is threatening the existence of the snow leopard in the Himalayas. Its Snow Leopard Programme says rising temperatures are shrinking the natural habitat of the big cat to the point that snow leopards could become extinct. In a new report, the charity says that up to a third of the mountainous areas where the leopards live could become uninhabitable. Much of the flora and fauna the animals need to survive could disappear in warmer temperatures. The WWF said: "The Himalayas region will face a major crisis if we choose to ignore climate change. We risk losing majestic species such as the snow leopard." 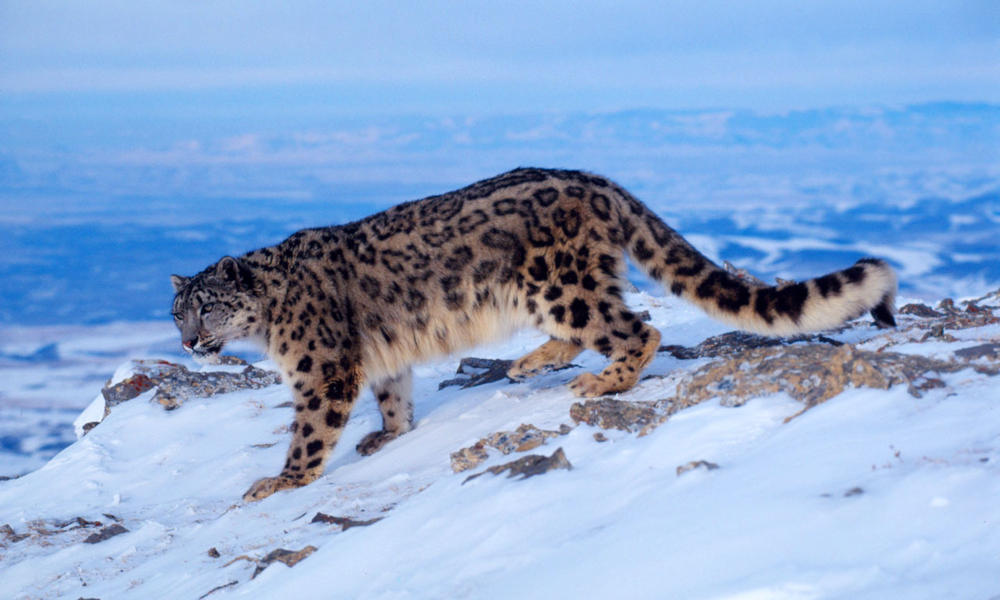 It isn't just climate change that is posing a serious threat to the future of the snow leopard. A variety of activities from humans is also adding to the dangers the animals face. Snow leopards are highly sought after for their fur and body parts. More and more poachers are joining this lucrative, illegal trade and are killing the animals. The leopards are also being killed by farmers who are trying to protect their livestock. As the natural prey of the snow leopards is decreasing, the animals are venturing into areas inhabited by humans and killing farm animals. The result is the farmers shoot the leopards. The WWF released its report on Friday, which was the first International Snow Leopard Day.